How I Spent My Summer Vacation

(And My Collegium Visionary Award Stipend) 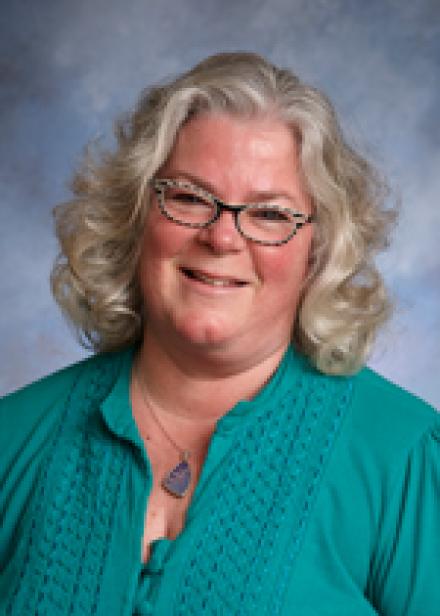 I’ve never been shy about asserting that Collegium has been the most important catalyst for growing into my roles in Catholic higher education and it was an ineffable delight to receive the first Visionary Award last spring. The University of Portland quietly does a lot of things really well when it comes to living out our mission as a Catholic university in the Holy Cross tradition, and so this award reflected the efforts of many good people at my institution; I was delighted to accept it on their behalf.

But I was the one who received the additional backing of a $1000 professional development stipend to further my work in the broad goals of Collegium. The funds allowed me to dream big and to create a project that did (and will continue to) stretch my mind and spirit, a project that would be hard to categorize in the usual professional development requests we all make to our departments.

The University of Portland received the extraordinary benefaction of a Heritage Edition of The Saint John’s Bible last year, one of just 299 copies in the world. It’s a fine art life-sized replica of the first fully hand rendered, illuminated Bible manuscript crafted in over 500 years. Collegium alums who’ve been to St. John’s University have seen 12-14 pages of it at a time in the Hill Museum and Manuscript Library there. Our edition was supervised by Donald Jackson, director of the original manuscript, and it is a work of art in itself. As co-director of the Garaventa Center for Catholic Intellectual Life and American Culture at UP, one of my job tasks is to serve as a docent of our Heritage Edition and provide programming centered on it. I used the majority of my stipend to attend a Saint John’s Bible curator seminar at the Abbey in Collegeville, MN. As a Heritage Edition owner, it turned out that my tuition and accommodations were provided by the SJB Office, so I had funds to spare after purchasing my round-trip airfare. I was able to purchase all the docent books and videos, which I have been using steadily to prepare public lectures on the SJB. One unique bit of UP’s SJB programming has been a series of online experiences of Visio Divinas—essentially a series of 15-minute movies posted on the Garaventa Center website that allow viewers to enter into contemplative prayer anchored on a single image from The Saint John’s Bible. I have more ideas than actual skills when it comes to things technological, so I used the balance of the stipend to get trained in iMovie and Wordpress to boost the caliber of these online films. The latter two resources have proven crucial in my daily work at the Garaventa Center, as much of our outreach is done via web-based tools. Ang Lee and Steven Spielberg have nothing to fear when it comes to my prowess as a film-maker, but I promise that each one gets better. Here is a link to the site, if you’d like to explore the Visio Divinas and podcasts that I have learned to create and post: wordpress.up.edu/garaventa.

I am pleased to report that the reach of the professional development stipend is far beyond a single project. I gained the background knowledge to devise several years’ worth of programming fleshing out the glories of The Saint John’s Bible, and have been able to develop an aesthetically pleasing interactive website that deploys multiple digital programs to an international audience; these programs are all tendrils of the rich Catholic intellectual tradition I first embraced at Collegium. Evermore thanks to the Collegium Board for this extraordinary honor and opportunity, and to the University of Portland for providing a platform for bringing good ideas to life.