President and CEO
Association of Catholic Colleges and Universities 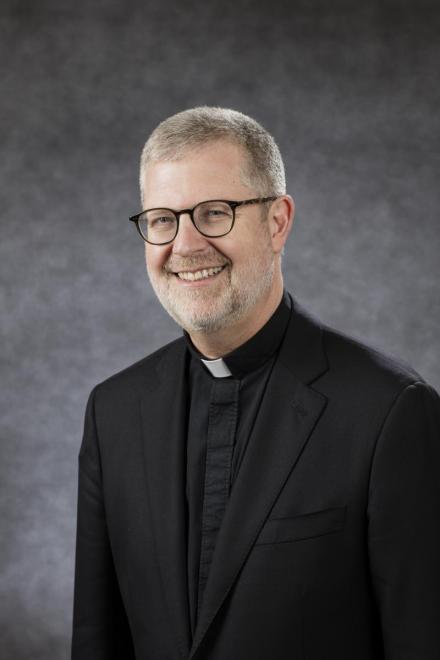 On July 1, 2019, the Association of Catholic Colleges and Universities welcomed Rev. Dennis H. Holtschneider, CM, as its new president.

A Detroit native, Fr. Holtschneider earned a bachelor’s degree in mathematics from Niagara University in 1985. He studied for the priesthood at Mary Immaculate Seminary and was ordained in 1989. He received a doctorate in administration, planning and social policy in 1997 from Harvard University. Currently, he is a faculty member for several higher education leadership programs at the Harvard Graduate School of Education, as well as the Boston College Institute for Administrators in Catholic Higher Education.

Fr. Holtschneider has been honored widely for his work on a variety of issues. He holds eight honorary degrees, was listed among Diversity MBA Magazine's “Top 100 under 50” for fostering Diverse Executive Leaders, and holds various recognitions for his work on national immigration reform. In 2015, the American Council on Education honored him with its Council of Fellows Mentor Award.

Fr. Holtschneider observed, “Catholic colleges and universities are amazing institutions. They number among the finest research institutions. They move students from the bottom 20% of income distribution to the top 20% of income distribution better than any other sector of higher education. Their students graduate in higher numbers and with less debt. Ever faithful to their religious missions, they educate students to give back to a world in need. It will be a privilege to support these institutions as they do the sacred work of preparing the next generation for lives of faith and service.”