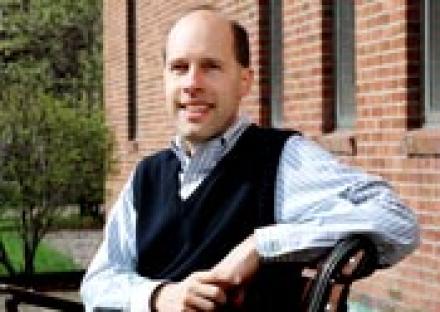 William (Sandy) Karstens is associate professor of physics and chair of the Department of Chemistry and Physics at Saint Michael's College in Colchester, Vermont. He is past president of the college’s Phi Beta Kappa chapter and of the Vermont Chapter of Sigma Xi, the Scientific Research Society. He received his B.S and Ph.D. from the University of Vermont and a Master’s degree from Brandeis University. His research centers on the application of general theorems to the optical properties of solids.

Sandy is a member of the Collegium Board of Directors and has been a mentor for colloquies in 2004 and 2006. He has been very active in discussions regarding the Catholic identity on his campus and has served on the advisory board of the Pontigny Society – a faculty and staff spiritual enrichment program of the Campus Ministry named after the location of the Abby in Burgundy, France where the Edmundite Order was founded (the Order that subsequently founded Saint Michael’s College in 1904). Sandy said, “My first experience with Collegium as a faculty fellow was incredibly eye-opening; it wasn’t a retreat, it was an immersion!  Each component of the program by itself is great, but taken together it makes the whole experience exceptional.”